Chief Kristina Kane and Acting Lands and Resources Manager Phil Emerson attended the Mineral and Exploration Roundup event in Vancouver that was held January 22 to 25, 2018. A number of Yukon politicians and officials attended with the intent of highlighting Yukon’s “mineral potential, geology and regulatory regime,” according to a Government of Yukon media release.
The event featured meetings and talks about investment, innovation, research and other topics related to exploration and mining. There were also cultural and other displays at the Vancouver Convention Centre West, as the one pictured from the Northwest Territories. 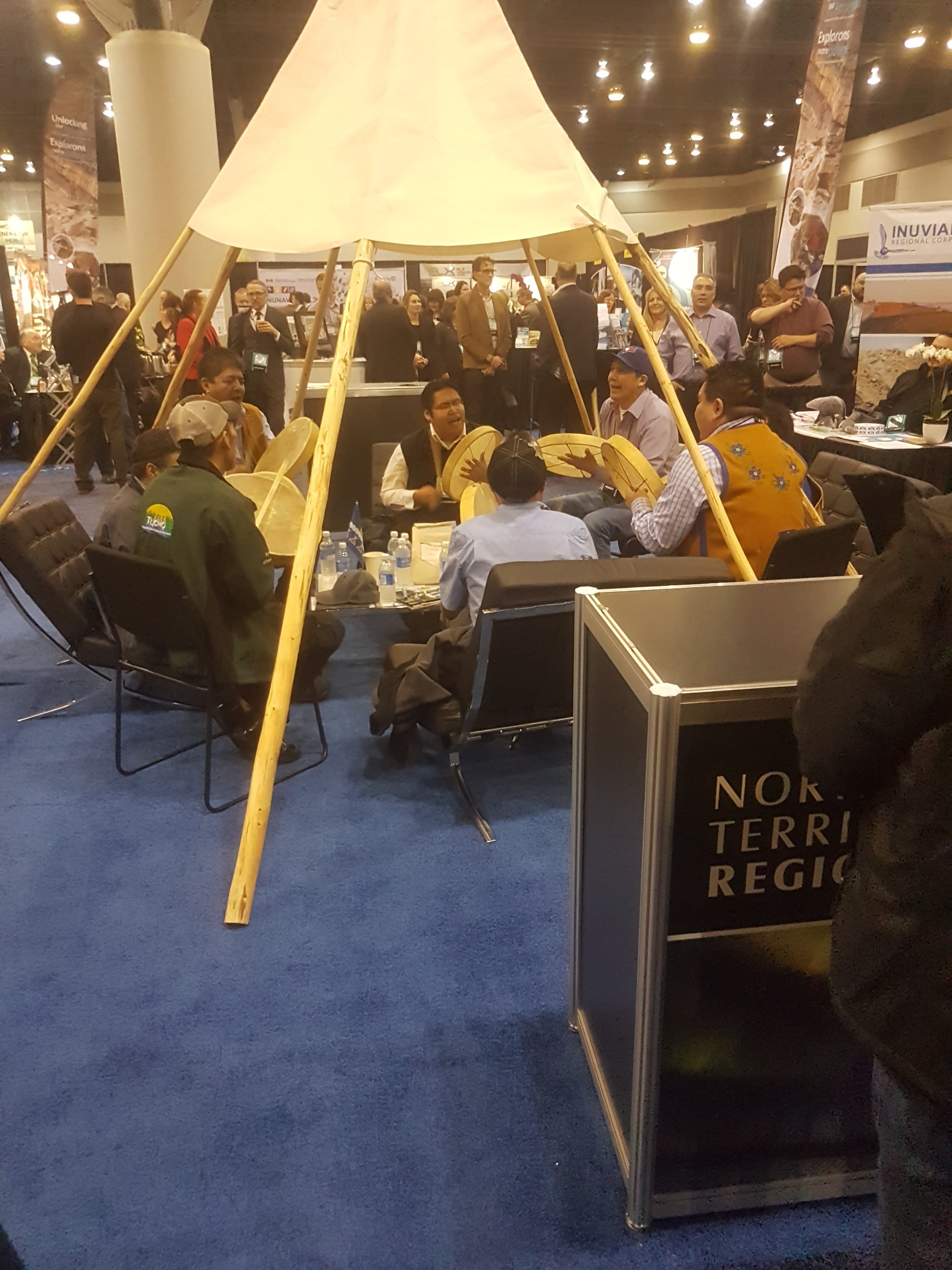