On June 19, 2018, the leaders from the City of Whitehorse, Kwanlin Dün First Nation and Ta’an Kwäch’än Council, as well as the Yukon First Nations Culture and Tourism Association, gathered at City Hall to participate in a historic event. The three governments signed a Declaration of Commitment document that outlines commitments such as collaborating on mutually beneficial issues, maintaining ongoing communication and meeting on a regular basis, and continuing to recognize the resourcefulness of our youth and Elders.

The event also included a flag-raising ceremony and the unveiling of the new city bus wrap that features the work of local artists from Kwanlin Dün First Nation and Ta’an Kwäch’än Council, a project in partnership with the Yukon First Nations Culture and Tourism Association.

Chief Kristina Kane said: “We are very pleased with the ongoing effort and commitment made between the three governments to strengthen our relationships, which are now reinforced through the signing of the declaration. This will have benefits to Ta’an Kwäch’än Council Citizens and the community of Whitehorse. Strong partnerships with other governments can lead to new opportunities and benefits that one cannot achieve on their own.”

Read about more about the story with CKRW and see a photo through the Yukon News. Below, view the text of the Declaration and see a photo of the wrap, in part, featuring Gail Anderson dancing! 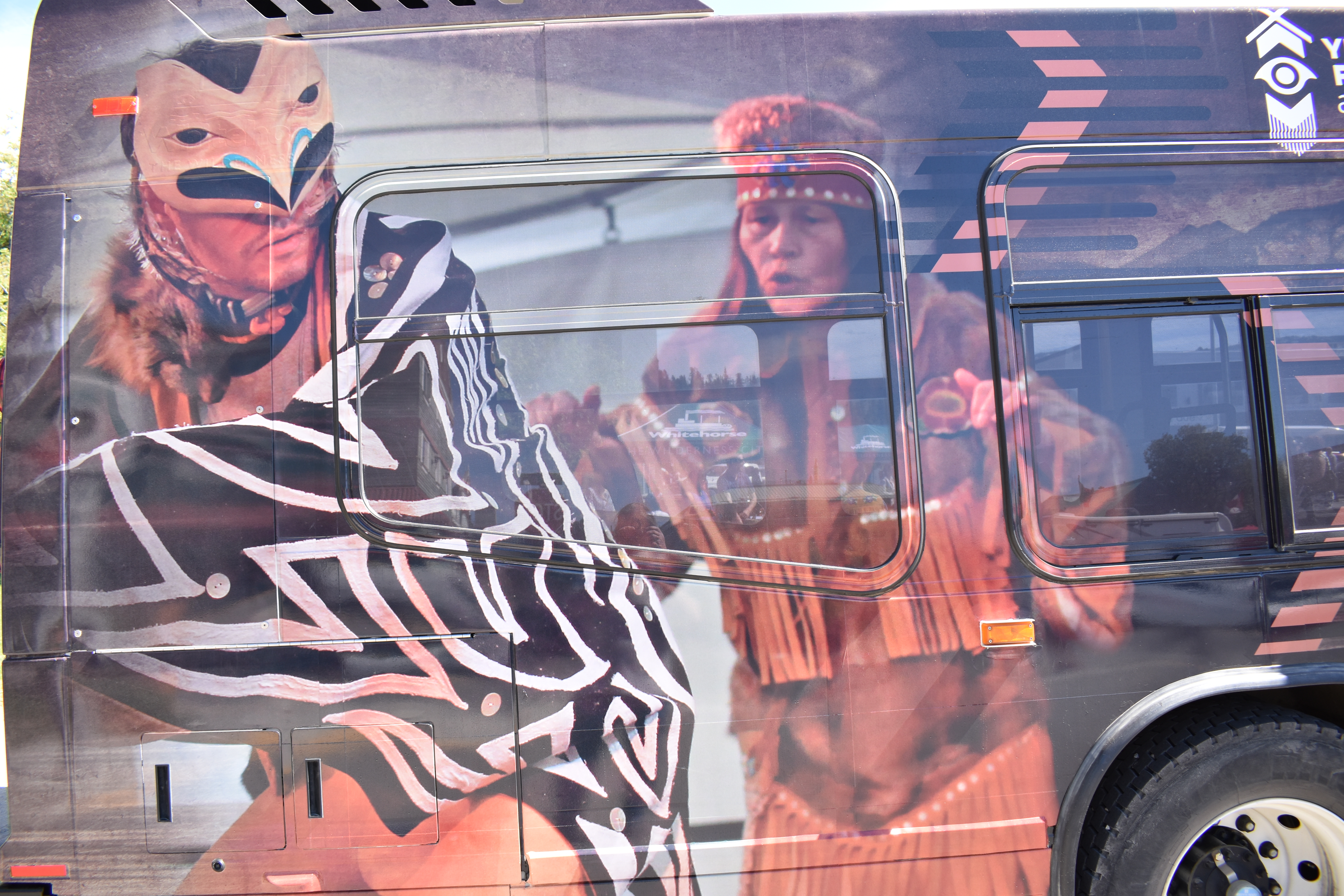 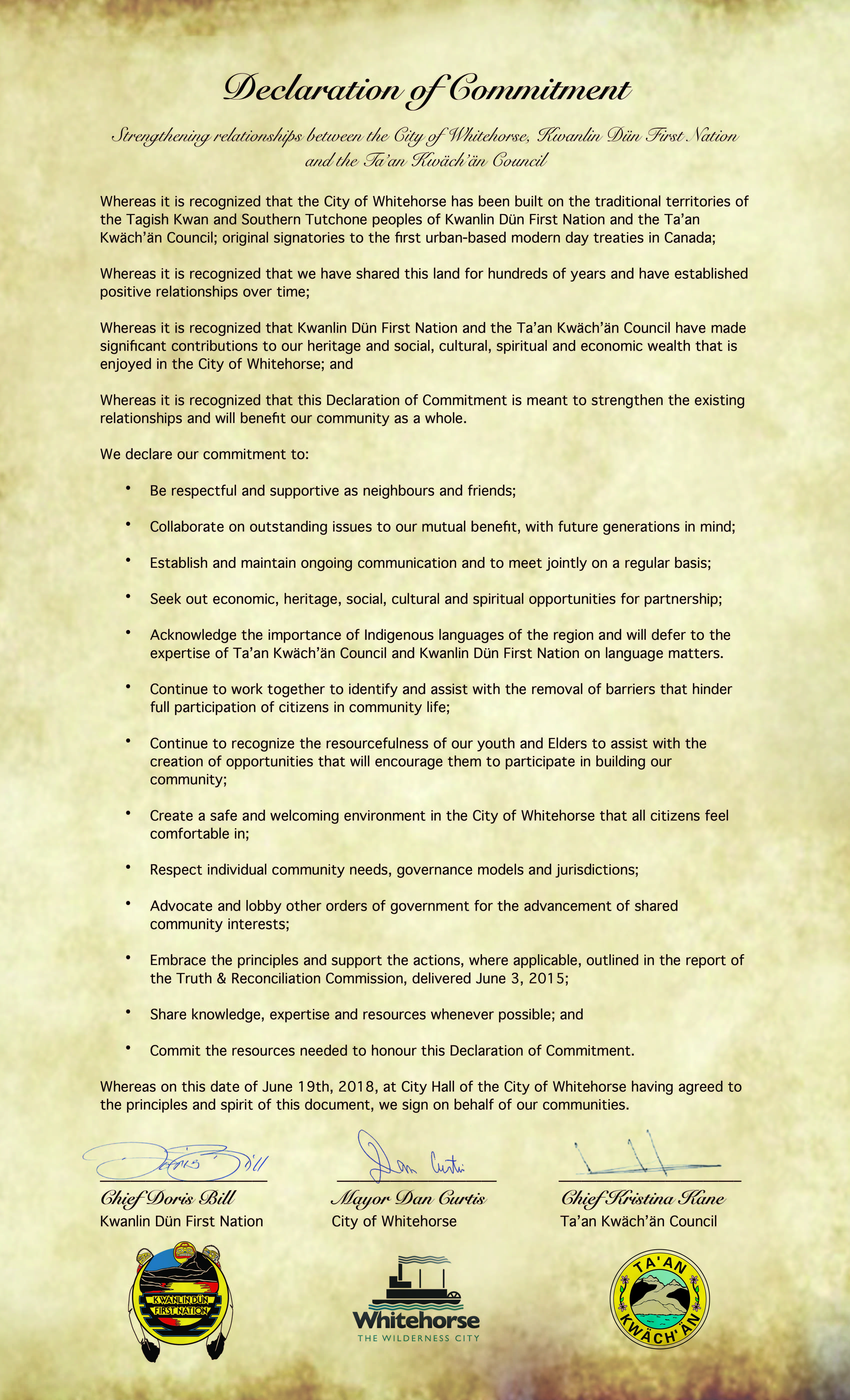