At 2.p.m., on Sunday, June 17, 2018, Ta’an Kwäch’än Council was pleased to release Chinook salmon fry at Fox Creek, a tributary of Lake Laberge, on our Traditional Territory. The afternoon began with a prayer by Elder Frances Woolsey, whose granddaughter, Jesse Kates, released the first bucket of the total of 6,500 fry. Excitement was high, as children and other attendees took buckets containing fry to Fox Creek and let them go into their new home.

More details are in the Media Release section or read the CBC story here. 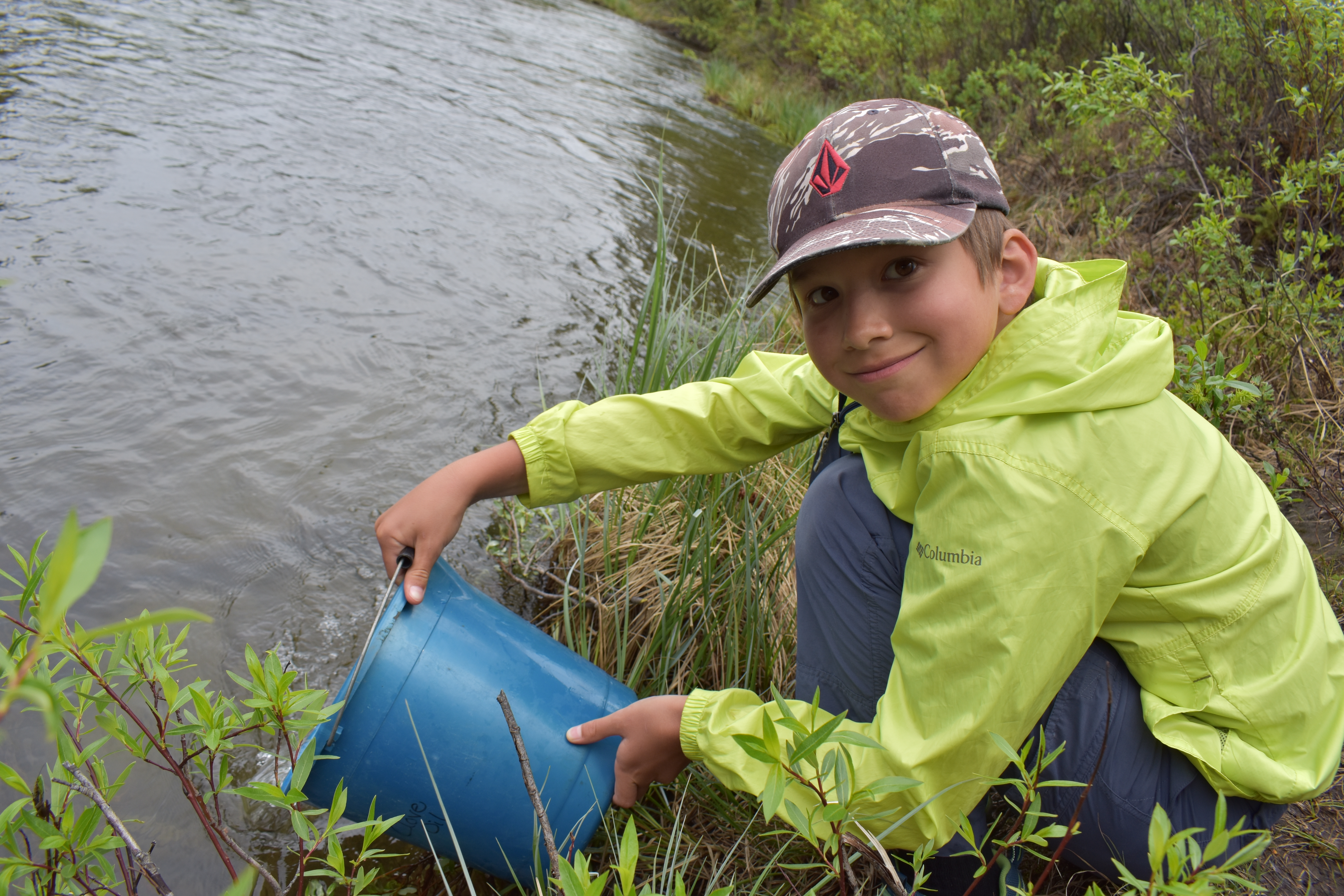