Yukon Energy handed over some very special cargo to the Ta’an Kwäch’än Council earlier this month.

Our Whitehorse Rapids Fish Hatchery provided the First Nation with more than 50,000 fertilized (eyed) Chinook salmon eggs. The eggs are part of a program to restore the Chinook salmon run at Fox Creek, a tributary of Lake Laberge about 50 kilometres north of Whitehorse.

The creek supported a spawning population of Chinook salmon until the 1950s, when the fish disappeared. No one is sure why this happened.

Several years ago, Ta’an began working with Yukon Energy and other partners to restock the creek. Yukon Energy’s hatchery provides the eggs, which each fall are transferred to Yukon College’s McIntyre Creek Hatchery. The eggs incubate and hatch over the winter and the subsequent young fry are tagged and released into Fox Creek during the summer.

There are some promising indications that the efforts are starting to pay off. The Ta’an Kwäch’än Council reported seeing nine Chinook salmon this past summer in the Fox Creek spawning grounds.

Yukon Energy looks forward to continuing our partnership with Ta’an on this important project. 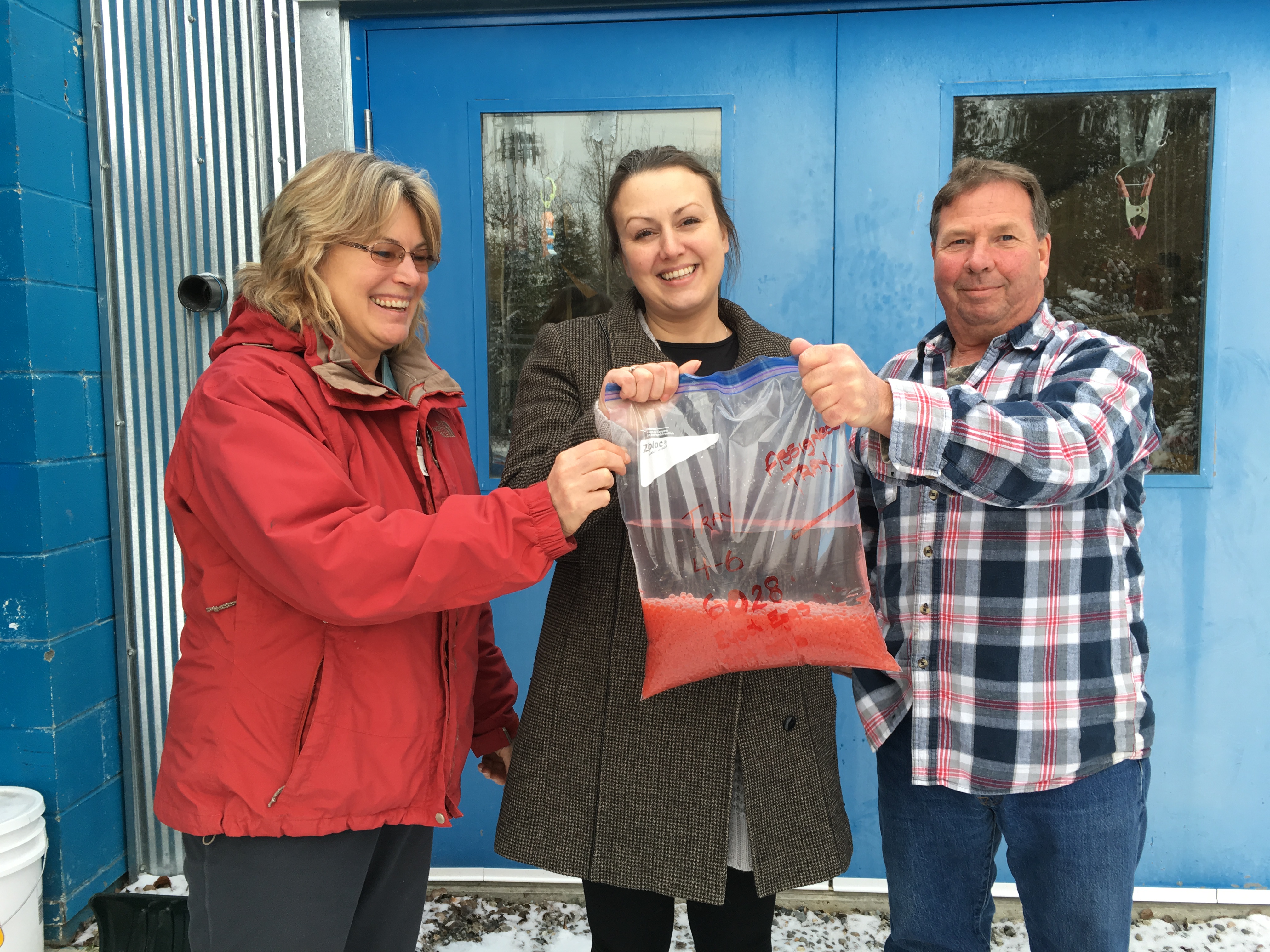 Handing over the eyed eggs 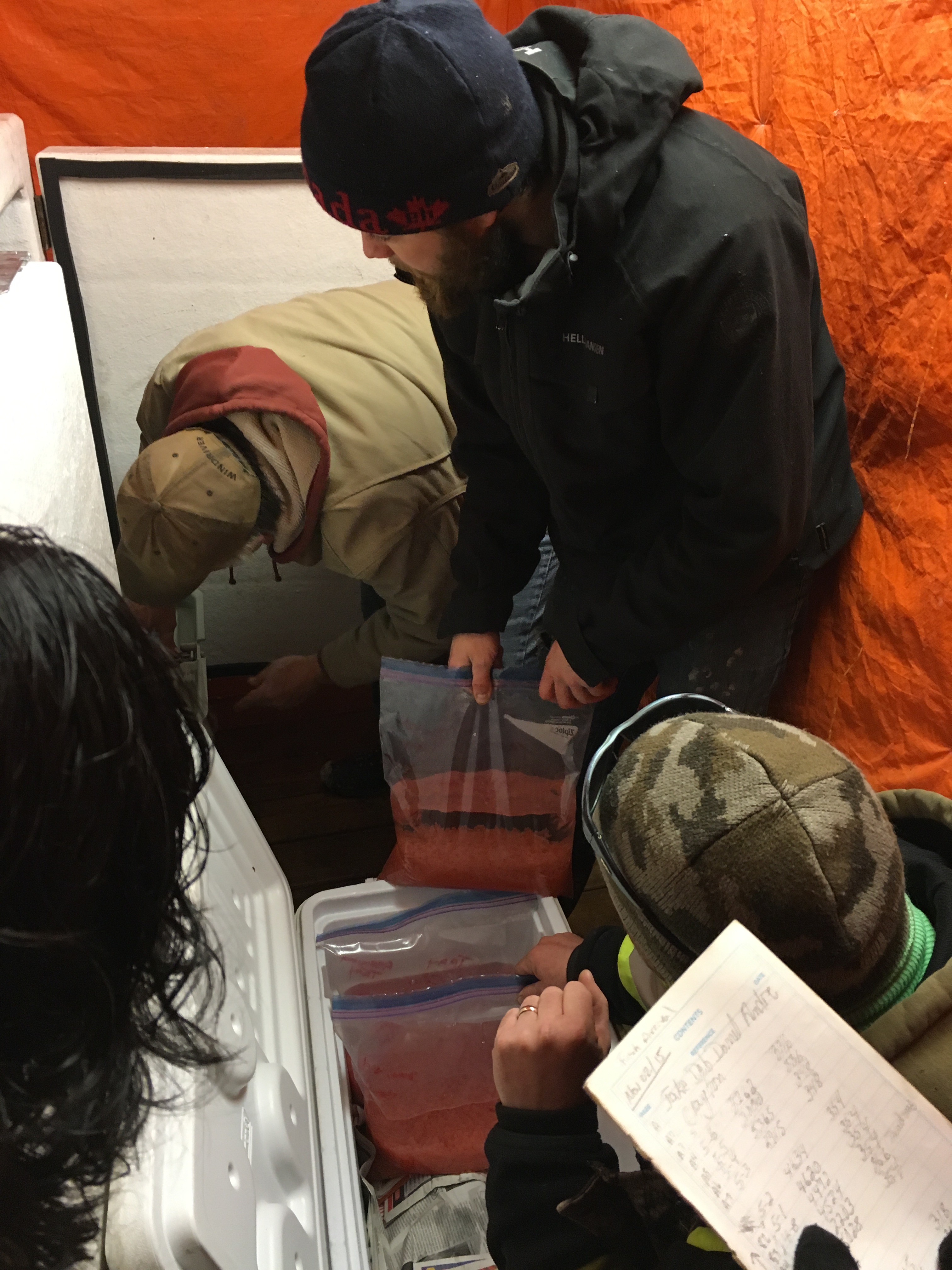 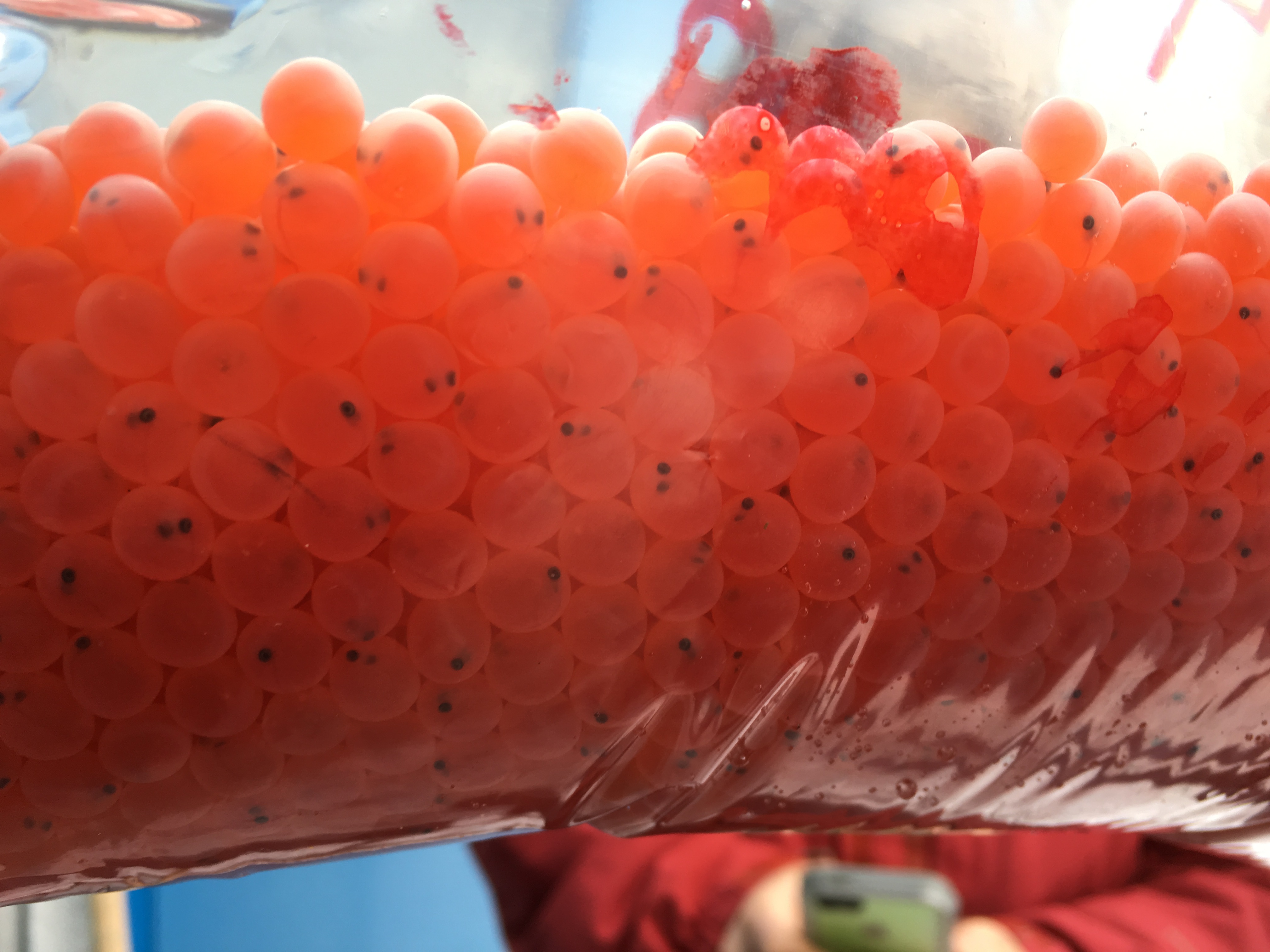 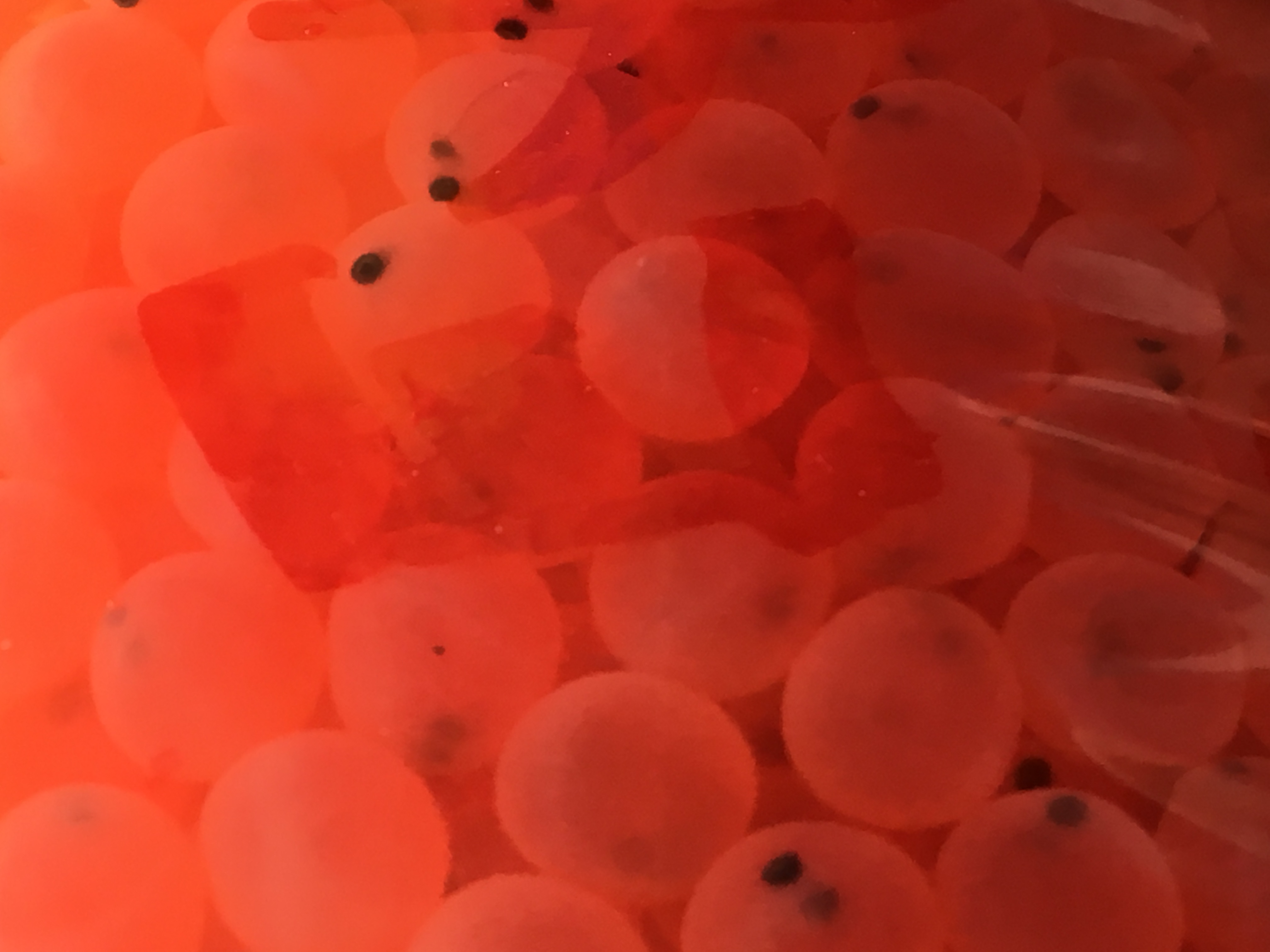 Even closer picture of eyed eggs